We Believe in Quality

James and Amanda have lived in Woombye since 2006 when they built their first home.

James has been a butcher for over 20 years, completing part of his apprenticeship in Buderim and part in Brisbane. At the end of his apprenticeship, James worked with a Master Butcher who specialised in European smallgoods. This experience saw James specialising in this area when moving back to the Sunshine Coast.

James and Amanda always had a vision of owning their own business. James had worked for previous owners of the Woombye butcher shop and out of all the shops he had worked in the customers in Woombye stood out. James loved the community and “small” town feel in Woombye that he had not experienced in other shops.

Everything fell into place in August 2014 when James and Amanda purchased Woombye Butchery.

For the first 9 months James worked the shop on his own with 1 other butcher. The business grew rapidly due to the support of the locals. In June 2015 Amanda made the decision to move on from her role as a lending manager with BoQ and work in the shop full time alongside James. 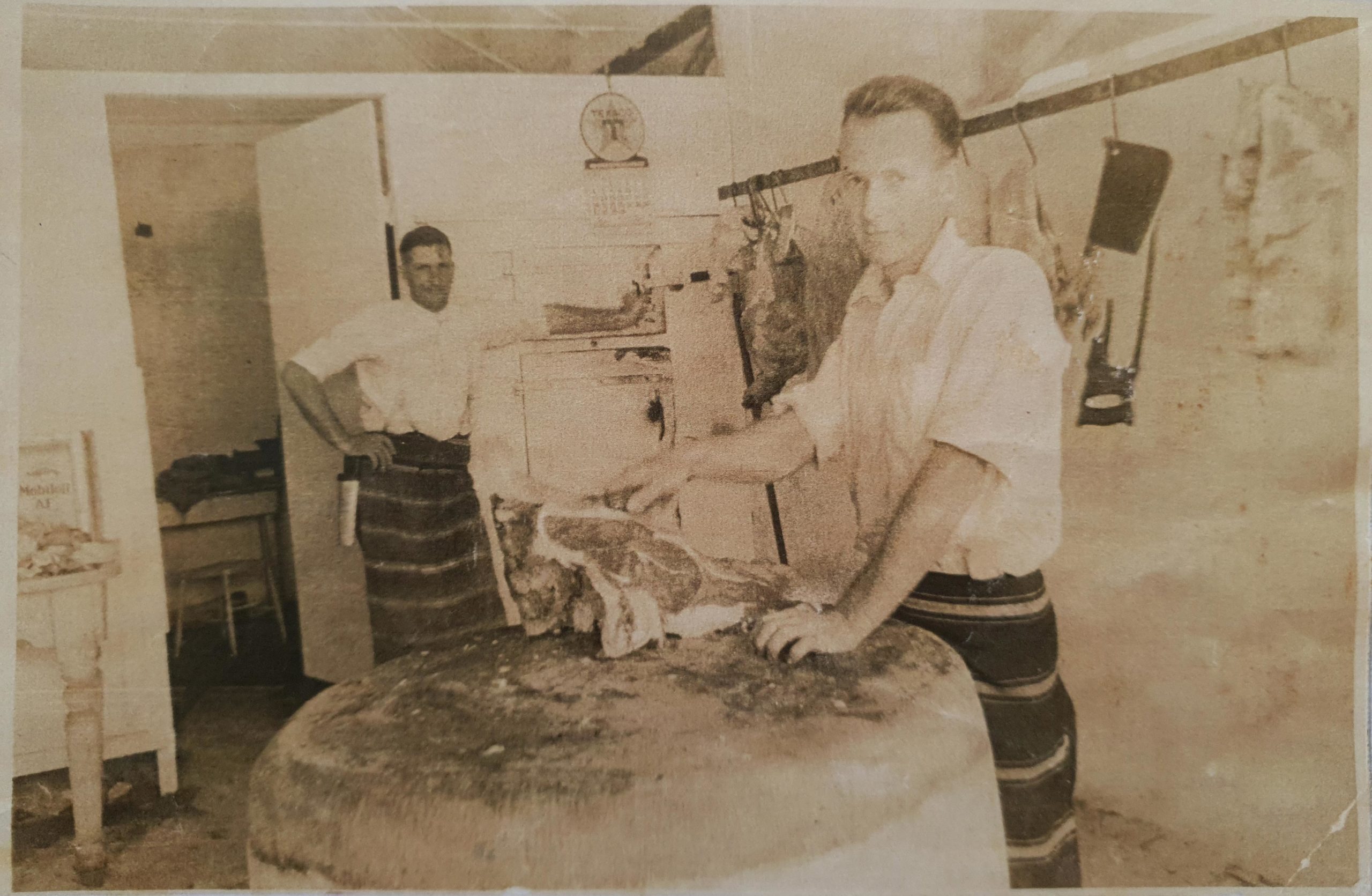 James had a vision that was inspired by the beautiful Poinciana Tree out the front of the shop. He had always envisioned the Orange with the grey background to highlight the beautiful flowers of the tree. The vision was brought to life by Amanda’s Cousin Narissa @narie.creations.

The typography used for Woombye Butcher is a cursive handwritten type reflecting a personalised attribute to the brand. The establishment date and tag line are both a serious and elegant typeface in uppercase to represent strength, longevity and integrity.

The Woombye Butchery brand has a lovely unique rustic feel to it, with elements of the highest quality and its origins depicted through the rope and butchery equipment. The background pattern of the emblem represents the cuts of a trusty old chopping block.

We are located on the corner of Blackall Street & Wakefield Street, come say hello!